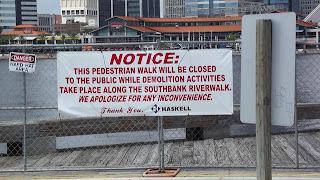 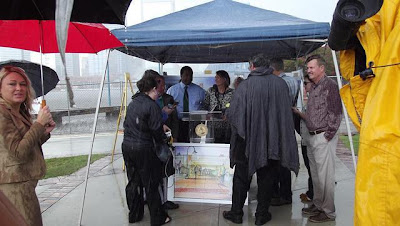 delivered some “Liquid Sunshine starting immediately before the ceremonies, ending almost on cue when completed, yours truly was soaked and many were scrambling to protect sensitive equipment.

I did get to meet Will Inman the Haskell Project Manager for the Southbank Reconstruction project. Will was kind enough to indicate that JaxFountain.com will have as much access as possible (much of the project will be completed from the water) to document progress of this all important project. 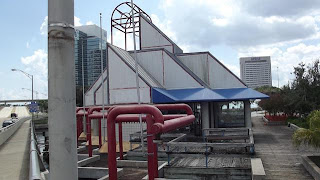 More Images can be viewed here.

Phase One will be the demolition of the former home to the Maritime Museum, now located at The Jacksonville Landing (next to the Toy Factory). 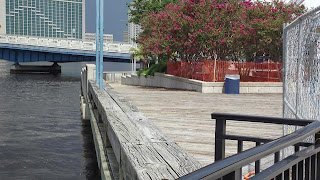 Currently the Southbank Riverwalk is closed from Friendship Fountain to just past the Main Street Bridge underpass, for safety reasons during the demolition of the two Buildings at the foot of the Main Street Bridge. This area is to be reopened to the public once Phase One is completed. The remainder of the Riverwalk remains open to traffic at this time.

We will be posting updates and pictures as the project moves along and by next week hope to have additional images. More information regarding the reconstruction of the Southbank Riverwalk can be seen at the following links:
Jacksonville.com
COJ.net